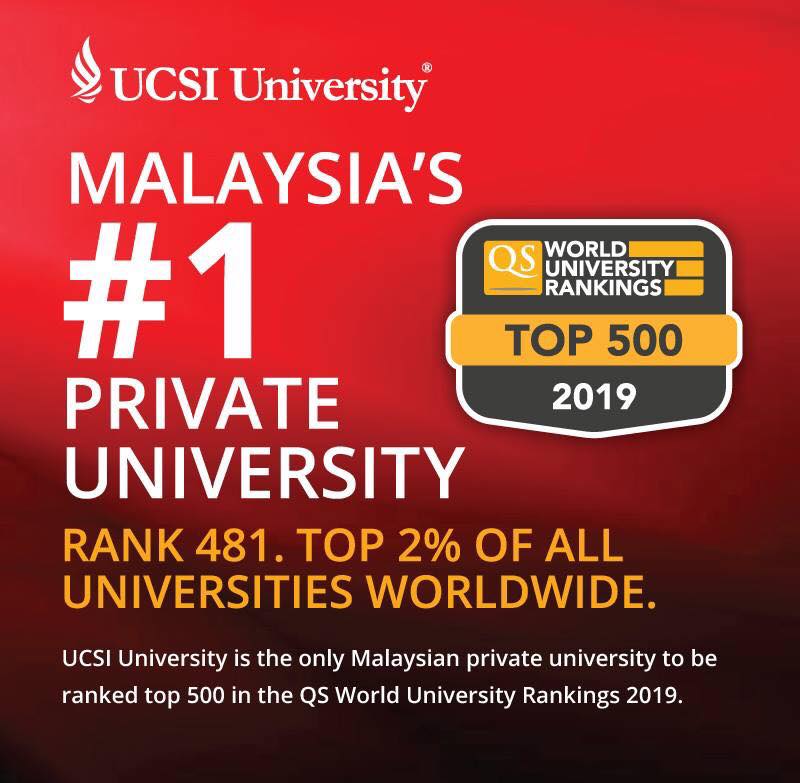 UCSI University is ranked as Malaysia’s best private university in the QS World University Rankings 2019, placing it in the top 2% of all universities in the world.

Ranked 481, UCSI is the only Malaysian private university in the top 500. This is the first time UCSI is featured in the QS World University Rankings – an annual exercise that ranks the world’s best universities.

Apart from UCSI and the nation’s five research universities, no other Malaysian institution made it to the top 500.

UCSI Vice-Chancellor and President Senior Professor Dato’ Dr Khalid Yusoff said that the University’s continued rise in global stature was a culmination of university-wide push for excellence and performance with specific strategies to reach-out and to reach-in, a commitment to synergise with the future for its students and staff, and the dedication and hard work of its staff and students in pursuing these ideals and aspirations.

“We welcome this development as it shows we are moving in the right direction,” he said. “All of us at UCSI have been working consistently to improve ourselves and I’d like to thank all UCSI staff and students for their efforts. Alhamdulillah.

“Our focus is to push UCSI further and higher. We are building the strengths of the University. Quality education is our priority and we want to be a standard bearer of thought leadership.”

“The rankings prove that we can do it if we want to,” he added. “We can’t do it if we’ve already decided not to.

“UCSI shares the aspiration and takes up the challenge and responsibility of making Malaysia the regional hub of higher education.”

Over the years, UCSI has focused extensively on improving its research output, curriculum development and delivery, as well as industry partnerships. UCSI also works closely with the great universities around the world while working together with newer universities in the region.

It has elevated its engagement with the world’s best universities. UCSI students are annually selected by Harvard, Imperial College London, Chicago and Tsinghua and the University of Queensland for involvement in various research programmes in those universities.

Additionally, the University of Melbourne has arrangements for UCSI’s third year medical students to work for the Bachelor of Medical Sciences (Melb.) after one year of studies in Melbourne, indicating that Melbourne University recognises the three years of UCSI’s MD programme.

The students will then return to UCSI to complete their MD programme, graduating with two degrees from two universities.

REVIEW OF THE WEBINAR: AI & ML: WHAT’S IN IT FOR EVERYONE?

REVIEW OF WEBINAR: GETTING HANDS-ON WITH R

REVIEW OF WEBINAR: HOW STUDENTS CAN BENEFIT FROM MICROSOFT IN EDUCATION 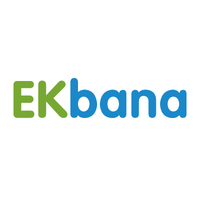